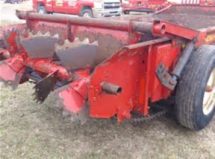 My dad grew up in abject poverty. He talked about a time when a piglet was given to the family. They raised and butchered it. “We used everything but the squeal,” he said. I can only begin to imagine. Meat, lye soap, scraping intestines for stuffing with sausage, souse, etc. I believe that image fits in a spiritual sense as well. I think God uses even the squeals in our lives.

As a boy, I longed to live on a farm. The following creation is autobiographical. I wrote it in December of 2017 after sharing with a client how manure can be useful. Food for thought.

He explored corn cribs and haylofts.
He peered up the lofty silo walls.
He played amidst bales and sneezed.

All provided immense fascination. If only he could have lived on a farm.

Sadly, due to “progress”, much now under pavement.

His first paid job, with a brother and two cousins, for two-bits an hour.
Hack down the Canadian thistle was the farmer’s assigned task.
What a treat. It did not seem like work.

Five hours later, thistles wilting in the sun, the task was done.
He, the farmer, unraveled a roll of cash, then jingled quarters in his pocket.
Eyes agape. “How could any one person have so much money?”

The young man walked away with a buck and twenty-five.
A virtual fortune. It could have been a million.

A later visit: he espied a filth-filled wagon. Nasty and odorous.
“What is that thing?”  A “manure spreader”, he was informed.
“What is manure?”  He asked as he was puzzled by the answer.

A stark, shocking answer: “It is cow shit that is collected from the milking barn.”
“What is it for? What do they do with it?” He sputtered in astonishment.

“But, why?” the puzzled boy stammered out.

“Manure fertilizes the fields. It helps the crops grow.”

Another bewildering tidbit of information.

The boy saw where manure had been heaped upon grass.
It killed everything beneath it. Quite the killer.
Yet, spread on the field it fertilizes growth?!

There is something refreshingly spiritual about the awareness.
God uses all the manure in our past, to stimulate new growth.

Who would have figured? Yet, comforting in its own odd, yet delightful, way.

The bumper stickers proclaimed: “Shit happens”.
Yes, it does. And, God does not waste one bit of it.
He uses it all: if we love Him and are called to his purpose.

Oh, to recognize and embrace it.
Otherwise, it kills all that is under its load.