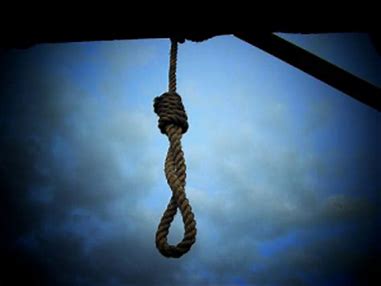 Esther, an old testament book, tells the story of Esther who becomes an unlikely queen. She is a Jewess. Her people are captive to and subservient to the Persians. She is called upon to be an emissary of God to spare the Jewish people. Her uncle Mordecai is a pivotal individual in all the transpires. Mordecai had a mortal enemy by the name of Naman. Naman conspired to have Mordecai executed. Ironically, the gallows that Naman had prepared for Mordecai’s execution became Naman’s and Mordecai received the honor and recognition that Haman coveted. For Mordecai: no noose is good noose. For Haman, he found himself at the end of his rope.

Hanged from the gallows
In the hot morning sun.

Slipping from the noose.

Having been a vulture.
He now feeds them full.
An ironic ending to power’s great pull.