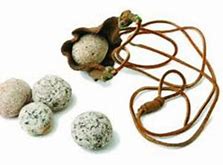 For forty days, Goliath came and he dared.
God’s army ran in fear and with dread.
“What will be done for the man who kills this Philistine
The one who removes this disgrace from Israel?”
Audacious David wanted to know.
His brothers indignant boiled.
“Why have you come down here?”
“With whom did you leave those few sheep?”
“How conceited you are and how wicked your heart!”
“You came down only to watch the battle.”
“Whoa!” said David. “Now what have I done?” “Can’t I even speak?”
What diminutive David asked was reported to Saul, and Saul summoned.
Audacity the more: “Let no one lose heart on account of this Philistine; your servant will go and fight him.”
Saul warned the boy, “You cannot fight that Philistine and fight him; you are only a young’un. He has been a warrior from his youth.”
“Oh, but I can because of Who I represent!” the herder of sheep proclaimed.
Saul to David: “Go, and the Lord be with you. But, take my armor.”
Clumsily, he walked: The armor and helmet would not do.
With staff and stones he neared the giant.
“Am I a dog to play with sticks?” the mighty taunted.
“I’ll give your flesh to the birds and beasts!”
David, undaunted replied to the foe so mighty:
“I come in the name of the Lord Almighty!”
From a walk to a run, a stone from his pouch!
Tethered, swung, and released from the sling toward Goliath:
The stone sunk in his head and he fell on his face.
Down, dazed, and about to die.
David took hold of the sword, drew it from the sheath, and cut off his head.
King Saul was mystified: “Abner, whose son is that young man?”
Alas, Goliath was on the wrong path and got stoned.
He was on the wrong side and lost his head.
He boasted and was be-headed.
“Bring it on!” He had gloated and roared.
To be downed by a single stone from the sling of a servant.
Be careful the side, be careful the cause!
There are numerous giants:
Not just thundering, but enticing.
Not knowing, or speaking the truth, we Go-lieth with Goliath.
Take heed!
Lest your head rolls and the bell tolls destruction.

33-37: Saul replied, “You are not able to go out against this Philistine and fight him; you are only a young man, and he has been a warrior from his youth.”
34 But David said to Saul, “Your servant has been keeping his father’s sheep. When a lion or a bear came and carried off a sheep from the flock, I went after it, struck it and rescued the sheep from its mouth. When it turned on me, I seized it by its hair, struck it and killed it. Your servant has killed both the lion and the bear; this uncircumcised Philistine will be like one of them, because he has defied the armies of the living God. The Lord who rescued me from the paw of the lion and the paw of the bear will rescue me from the hand of this Philistine.” Saul said to David, “Go, and the Lord be with you.”
55: As Saul watched David going out to meet the Philistine, he said to Abner, commander of the army, “Abner, whose son is that young man?”