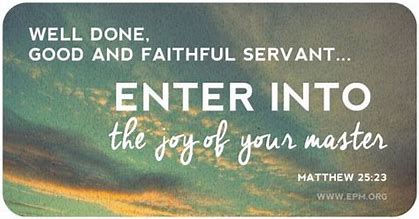 “Don’t you know that the runners in a stadium all race, but only one receives the prize? Run in such a way to win the prize” (1 Corinthians 9:24, CSB).

I am not sure about anyone else, but a cursory read of the above verse is neither encouraging nor very challenging. I have never been a runner. If I had been a runner, I know I would have likely been beaten. So, why run? A bit, if not a lot, disheartening. I like the following verse much better.

“And let us run with perseverance the race marked out for us” (Hebrews 12:1, CSB). If I must run, or choose to run, perseverance is more realistic to me. I would rather do my best and be recognized than to end up as only “an also ran”. I rather like what Jesus shared in a parable: “His master said to him, ‘Well done, good and faithful servant! You were faithful over a few things; I will put you in charge of many things. Share your master’s joy’” (Matthew 25:23, CSB). I may never be the best or the fastest, but I can be faithful.

I vividly remember an experience (circa 1978) wherein I was telling my father how deficient I felt as a Christian. He comforted me by sharing the following verse: “Now it is required that those who have been given a trust must prove faithful” (1 Corinthians 4:2, NIV). My dad followed by telling that the verse said to be faithful, not perfect, not like anyone else; but to do the most honest, ethical, and conscientious job I could do. What a relief. I never ran track. I am sure that if I had that he would have encouraged me to be faithful and it was okay if I did not win first place.

My son ran track in high school one year. I went to watch and support. You will know, if you have been to a track meet, that the events are not necessarily rousing. And, with the exceptions of relays, the events feature individuals. I waited for my son to compete and was thoroughly impressed by a young man who was running what I believe was the mile event. I remember it consisted of four laps. The young man was not fast. He could have been called slow or even very slow. He was lapped by everyone at least once and twice by one or two runners. He did not give up. He persevered. Impressive!!!! As he crossed the finish line, far behind all the others, the crowd stood, roared, and gave him a round of applause. I got chill bumps. He did the best he could. He had shown up. He had practiced. He ran and was beaten by all the other runners. But, he did not give up. I think he also won a prize. He was a winner. He was faithful. What a great example!