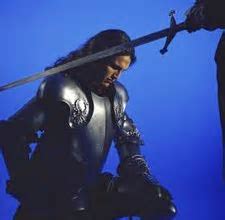 The elongated fish found itself in a pinch. Arise to the occasion? Lives threatened. What to do? Advance or retreat. He could ignore and go on. Or, he could do something. No one would know either way. He had heard about altruism: doing for another without regard for anything in return. Rather noble. Not in me, his first thought. Bad was sure to happen. He could, perhaps, make a difference? He could be hurt or even die. He had heard of those who fell on grenades and stepped in front of bullets. Danger inevitable. Intervention could be fatal. Not much time to think or plan. Action had to be quick. What did he have at his disposal? Only himself.

Without anyone with whom to consult, or ask for help, he rose to the occasion. Full swim ahead. It was an occasion when time seemed to stand still. His intervention was swift. The outcome successful. Defeat of the danger decisive. Incomprehensible. More than automatic pilot. Not a calculated response. Yet, decisively beneficial and many left unscathed. Not much, if any, personal thought, but a vague sense of desire to disappear.

Quickly looking for a path of retreat, he was cornered. Those who saw, those who were spared, swam and encircled him. He could do nothing. They hailed him as a hero. Attention was drawn to his feat. Pomp and circumstance followed. He felt very uncomfortable. He had only done what he did in the spur of the moment. “I am not a hero”, his instant thought. The decision was not his. He would be recognized. Not only recognized, but knighted. In the ceremony, “Sir Eel” he was dubbed. Such a lofty honor was shocking. And, the shock cost him his life: self-inflicted as it were. Yes, altruism can be fatal. Surreal Sir Eel.