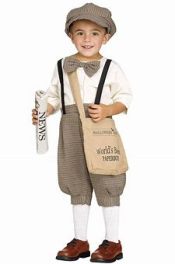 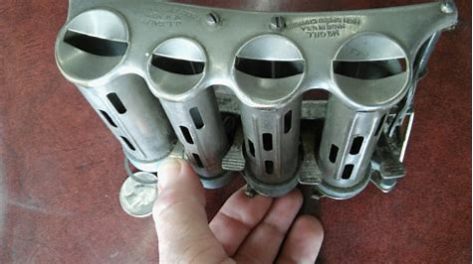 Before I talk about working with my mother and father, I cannot omit the time I worked for my older brother. He had a paper route, one of the biggest in the community. I was fortunate to be offered the privilege to deliver a part of his route. As I remember, I started somewhere around 10 years old. I earned a few dollars a week by delivering the paper 6 days a week; Monday through Saturday. I was rolling in the dough! He quit when he turned 15. The route was split in two and I ended up with the portion of the route I had been doing. I must have been about 13 at the time and continued the route until I turned 14ish. Then, my younger brother took over the route. Several years of Brewer boys carrying papers for the neighborhood. We were proud to work and earn money. I am forever grateful for the experience.

We walked the route. The papers had to be put in the door. Some people wanted their papers placed in the mailbox. That, I was told by a postal carrier was against the postal code. Some folks insisted. And, since the papers were delivered after school (except for Saturday), and the mail had already been delivered, I obeyed the customer and broke the postal code. I hope the statute of limitations has lapsed because I just confessed to breaking federal law.

Some of the seasons were dreadful. I did not much mind the summer heat. The rain was mostly bearable. But the cold, northern Illinois winters could be brutal. I remember many days when I dreaded walking the route. Freezing cold, fierce west winds, and many degrees below zero wind-chill factor. I hated it. But, like the mail, the paper had to be delivered. Bundle up as good as I could, deliver the papers as rapidly as possible, and get back inside to the warmth of the house.

I vividly remember lowering my head to the wind and walking westward crisscrossing the street. Just two blocks, but a long distance in the cold and wind. If there was snow, I “bucked” the snow drifts. It was a relief to get to the end of the two blocks to turn north for one block and then two blocks back east. Then, south for a block, and finally around the corner headed west again, and then finished. It was great to be able to have the wind to my back. And, since we lived near the end of the block, there were only two houses before ours. What a wonderful relief to be finished with the route. The memories have served me well through the years, especially the memories of trekking westward into the wind with my head ducked to my chest: so very like life. Sometimes I must duck my head and forge into the winds of life. Eventually, relief: wind to my back. And, alas completion and a sense of satisfaction.

I am forever grateful for learning to work and to develop a solid work ethic. It was the paperboy’s duty to collect the subscription fee from the customers. So, I had to learn to meet people, ask for the money, and make change. With money changer on my belt, I made change hundreds, if not thousands of times. Going on family vacation required getting a substitute and showing him the route. Such great life experiences. Work ethic, spending money, and burned holes in my pocket. I really loved spending that money!

The paper route was the second of many jobs that were offered to me. My first job was discussed in an earlier blog: chopping Canadian thistles. More will be shared about how I was blessed with other job offers through the years. After giving up the paper route, I was offered a job during the summer picking experimental, hybrid corn for DeKalb Ag—the famous flying ear can still be seen in cornfields throughout the country. I was 14 at the time. At 15 I was offered a job working at Jewel Food store where my mother worked. A treat to be able to work the same place as my mother. Her reputation was stellar. My older brother had started at 15 working with our mother. His reputation was stellar. So much to live up to. More about that job in a blog entry to come.